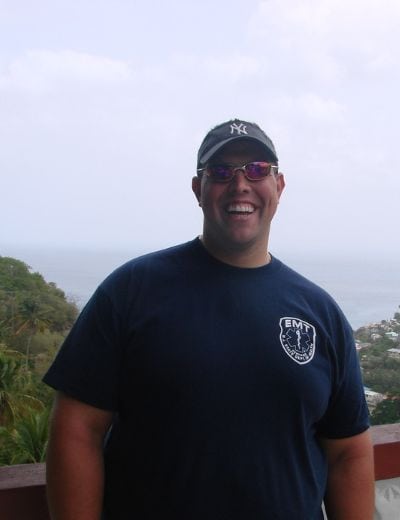 When Danny decided to have Gastric Band surgery in 2007, his hopes were high that it was the best option for him to finally take off the excess weight that had plagued him his whole life.

“At first the Band was great,” said the 30-year-old dad who was 360 at his heaviest. “I lost 60 pounds in a year. The last 20 were a struggle but that was mostly because I had stopped being compliant with the diet and had found ways to cheat.”

Danny had his Band removed and a few months later, New Jersey Bariatric Center® surgeons performed a sleeve gastrectomy. Since then he’s lost more than 100 pounds.

“I weigh less now than I did in middle school,” said Danny who now fits into a size-34 pants and credits the last 20 pounds he’s lost to his newfound love of running.

Danny said he’s worked hard during the past year and the results have been better than he ever imagined. He keeps a few old pairs of pants as a reminder that he never wants to see his old size-44 again.

“It’s been amazing just watching that waist size drop over the past year,” he said. “But the best part is that my wife can now wrap her arms around me. And my son, he’ll never know me as being fat. Everyone else has that memory, but my son never will.”