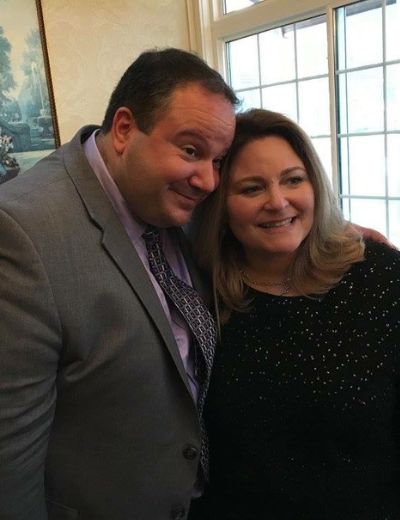 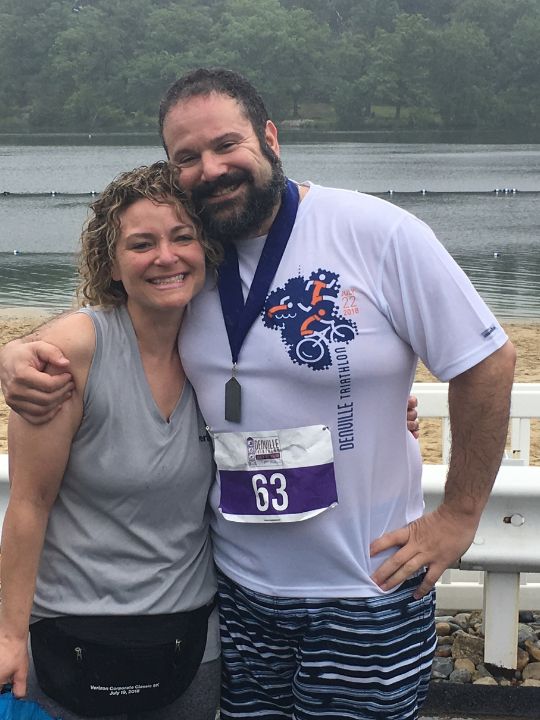 When we were married, my husband Dan and I pledged that we would be healthy together in the years to come. Unfortunately, this was easy to say, and harder to do. By 2016, we had reached our highest weights ever, someplace we never imagined we’d be. We were tired, uncomfortable, and not happy with how we looked and felt. We both were yo-yo dieters, and once we settled into our marriage routine, we began enabling each other’s poor food habits. One of us would eat healthy and the other would come home with pizza or Chinese food. While we were united in marriage, we were not working with each other on our health. We both had the same goal in mind, to lose weight, but as we continued to aid each other’s bad habits, we were becoming unhealthier. We ultimately realized we could make this a team effort and lose weight together. This led us to make what was for us a life changing decision: to go through weight loss surgery together.

We were going to be a weight loss team, and to ensure our weight loss journey was at the same time, we scheduled our surgeries one week apart. Dan’s surgery was up first. I remember thinking as they were wheeling him into the operating room that there was no turning back at this point. We were doing this together, and once he was all in so was I. Having the support of each other and of NJBC throughout the entire pre-operative journey made us feel confident we had made the right decision.

Dan and I had gastric sleeve surgery in December 2016. I lost 119 pounds and Dan lost 100 pounds as a result of the whole process, including a small amount of weight lost in preparation before the surgery. After surgery, we learned how to incorporate food into our lives with our smaller stomachs. We learned that it was okay to go out to dinner, but the focus is now less on food and more on spending time together. Experiencing it together, understanding the challenges, keeping each other on track and cheering each other on made us feel invincible. The best part of losing weight together was that we became more active. As the weight came off, we started exercising together, which led to us becoming triathletes!

It started after someone at work suggested signing up for a triathlon, something I thought was crazy but I did it anyway. I immediately told Dan and he signed up for his own triathlon too so we could train together and make it another team goal on our weight loss journey. I was anxious at first but figured with training and preparation it would be a fun experience. I decided all I had to do was finish; it didn’t matter how fast I was. We went to the local YMCA for swim sessions together, we took our bikes all around the neighborhood and went on runs together. We bonded as a couple pushing each other to our limits and come race day we did well knowing we had one another as our biggest cheerleaders. There were times when we thought we were crazy for going through with such a huge challenge, but we kept reminding ourselves how far we’ve come and how we were supporting each other towards a healthy goal. Turning back was never an option for us. Our first race was hard, but we finished it, and we’ve already begun to plan the races we’ll do in the year to come. We’re so proud of accomplishing this goal.

Dan and I know we wouldn’t be where we are today without the help of New Jersey Bariatric Center. Losing weight, changing food habits and lifestyle isn’t easy, but with our compassionate and knowledgeable team of doctors and nutritionists, they made the entire process possible. Their encouragement throughout the process fueled us on to reach our weight loss goals, and they shared in our joy every step of the way. Without them, my husband and I would still be sitting on the couch deciding what take-out restaurant to order from next. Because of New Jersey Bariatric Center we’re healthy, we have the right tools to ensure our ongoing success, and life is completely different now. We know that having the right support along the way was the key to our success and we achieved this through the combination of our support of each other, and the support of New Jersey Bariatric Center. Today we are thriving as a team and we couldn’t be more excited to see where life takes us next.

*According to national studies, bariatric surgery results in an average weight loss of 55-80 percent of excess body weight. Excess weight is the amount of weight one needs to lose in order to have a “healthy” BMI of 25.